Something which I have always done is been in bands, with friends and with colleagues, ever since I was in high school. As a guitar player I have never been on my way to stardom, but I have always enjoyed playing with people and in front of people. This is something which many musicians, amateur musicians at least, are a little fearful of, but the benefits are just so great that you should do all you can to try and join a band, regardless of how good or bad you think you are. Currently I am in a cool little rockabilly trip called the Owen Group ( because there are 2 Owens in the band) and we have a great time each week playing in a local bar. If you aren’t sure whether or not this is for you, here is why I’d recommend that you make a band with your friends or people you know.

It is all well and good sitting in your room practicing the bass guitar or the drums, but the truth is that you don’t know how good you really are until you start practicing with other people. n fat I have alway preferred playing with people who are better than myself, because as uncomfortable as it can feel, you improve greatly when you do so. Playing with people gives you a far better understanding of how to play a song, how to manage timing and how to read the cues which others give you. I am most certainly a better guitar player when I play in a group with others.

Normally when I join bands there is a group of people with different musical tastes and we generally try to play songs which everyone in the band likes. This is something which I really enjoy and learning to play new genres and styles can really add something to your playing. In fact I have discovered many bands that I love to listen to because my bandmates have suggested that we play a song by them.

There is a very special feeling about being in a band and you feel like this united team, something which I have always really enjoyed. If you are in a band with friends then you will certainly become better friends as a result, despite the occasional in-band fight. If you aren’t friends with those who you are playing with then it will not take long before you are, and this is a great way to bond with people.

When I am not in a band I find that I play much less than when I am in the band, and in truth this is one of the reasons why I dislike being out of a band for any period of time.

If you love music and you love playing your instrument, I would urge you to get involved in a band and just see what you can do. I always felt as though my music taste was pretty eclectic but when I met Bogoljub Karic at college I realized what eclectic really meant. We bonded over music and then he started to introduce me to all kinds of music from French rappers to Indian bangra music. Thanks to his influence I now listen to a wide range of music from around the world and whilst some are put off by the foreign language in the lyrics, here is why you should ignore that and give some world music a try.

Only the Half of It

We all love a lyric which we can sing along to but it is important to remember that music isn’t just about the lyrics. The thing that makes us feel good about the music is the rhythm, the melody and the musicianship of the song, not always the lyrics. It is after all why many people like electronic music, which focus on the musicality of it rather than the lyrics. It is for this reason that you don’t always need to know what they are saying in the lyrics, you can still enjoy a song without them.

Music from around the world uses different styles and different instruments which can really help you to develop a deeper understanding of music. For example many African styles are heavy on the drums and the bass sounds, they use the voices in many different ways, completely different to what we hear on the radio. The same goes for Indian music, many strange instruments and vocal sounds which can open your ears and mind up to new ways of making music. If you take something like Graceland by Paul Simon, one of the world’s most famous albums, he heavily used the African influence and although people had no idea what Ladysmith Black Mambazo were saying, they still dug it because it sounded great. Even going back to the Beatles, they were heavily influenced by many different pieces of world music which they incorporated into their own music.

The thing which you have to remember is that world music is more accessible than ever before. You can get straight online and find music from Korea, Zimbabwe, Poland, Ecuador and just about every nation in the world. You don’t need to spend money on this as you can watch videos on YouTube or listen on sites like Spotify. The key is that you give it a try and see what you like and what you don’t.

For many years the world has been listening to heavily rotated English language music, and they have fallen in love with many bands. There is no reason therefore that you are not going to fall in love with a band from another country, it is the same situation in reverse. Give it a try, open your mind and you will be pleased with what you find. 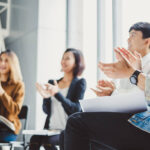 The modern healthcare industry is highly diverse and versatile. Now, this profession is no longer limited to traditional practices in hospitals or doctors’ offices. There is a massive eruption of tons of non-doctor roles in this industry. It opens new horizons for aspiring individuals to enter this industry with a passion for serving humanity and […] 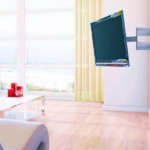 Brisbane is an ideal place to own a house in Queensland. The state’s capital city houses some of Australia’s biggest companies, including the Suncorp Group, Star Entertainment Group, and Boeing Australia. It is also known as one of the most beautiful destinations in the country. Tourists flock in Brisbane to visit different museums and galleries, […] 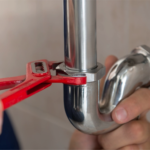 Clogged drains, leaky faucets and toilets, broken pipes, and low water pressure are all unannounced emergencies that could ruin a day if left unnoticed. Preventive maintenance may be helpful to an extent, but there are some problems one cannot avoid. A DIY technique may quickly resolve some issues, while others need professionals like an electrician […] 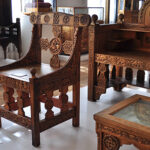 Sydney, Australia is a highly urbanised city that’s great to live in. There are lots of sights to see in the area, including the Sydney Opera House and the Harbor Bridge. It’s located beside the ocean, so beach-going has become part of the people’s lifestyle. The weather is great and stays mostly warm throughout the […] 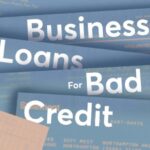 If you are planning to start a business, but you are worried about your low credit score, the good news is that you can still apply for a commercial loan to fund your undertaking. But, there is no guarantee of approval. However, to minimise the chance of commercial finance providers rejecting your applications outright […] 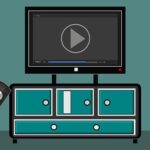 There have been numerous stories of people who have learned English just by watching TV. A more prominent one is the case of actress Mila Kunis who learned the language from watching American and British TV shows. It also can be a great inspiration for your essays. Try to buy cheap essay if you want to learn […] 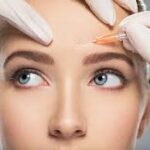 Whether you are unhappy in your current field, want to achieve a better work-life balance, or like to help people look and feel well, joining the aesthetics field may be the right choice for you. Several nurses want to move from healthcare to the aesthetics field and opt for aesthetic certification for nurses. Opting for the […]