The variety of diets types available today has never been so varied and it has opened up a new world for both brands and consumers, as the demand for diet specific products is rapidly increasing. For a long period of time diet preferences were chosen based on the health benefits they deliver. Whether it’s for healthier skin or to lose weight, there are a number of reasons why diets like the Ketogenic and Carb Cycling are so popular across the world. Although health benefits are still a big part of why people choose to adapt to certain diet preferences, there are now more serious reasons behind them. Compared to several decades ago, today’s generation are now more aware of what’s going on in the world around them and the effects that climate change is having on the environment and our overall health.

With climate change being such a hot topic in world news, many people are turning to plant-based diets to help reduce their own carbon footprint. As well as for environmental reasons, plant-based diets are also increasing in popularity as more and more people want to see less animal products being consumed as food, or in everyday products such as clothes.

How can a plant-based diet help the environment?

People choose plant-based diets like veganism for a number of personal and ethical reasons. One of the main factors behind this decision is to help reduce their carbon footprint.

It has been reported that a large percentage of the world’s greenhouse gas emissions are cause by agriculture. The process from “farm to fork” puts a substantial strain on the environment, due to animals being required to reproduce quickly and farming methods as a whole adding to this.

Research has shown that farms in the US alone produce around 300 million tons of animal waste each year. Waste like this creates large quantities of a gas called Methane, which is believed to have a much more damaging effect on the environment than carbon dioxide. Add transportation costs on top of this and you can start to see the effect agriculture has on the environment.

What does a plant-based diet involve?

If you’re thinking of switching to a plant-based diet then it’s important you’re aware of how you can replace important nutrients which are found in meat. Many brands are now creating products specifically for plant-based diets, like vegan protein drinks and microwave meals.

It’s clear that a plant-based diet does carry many benefits but it’s important to make sure you’re aware which food replacements are needed to maintain good health. With the effects a plant-base diet can have on the environment and more, would you consider making the change? 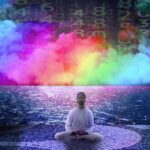